February 22, 2022. STERIS is saddened to share the news of John Masefield’s passing. John was a true pioneer in gamma irradiation sterilization and the contract sterilization industry.

Born on July 17, 1933 in Codsall, England, John was educated in engineering and physics in the UK before moving to Canada in the 1950s. In 1959, John joined the Atomic Energy of Canada and was part of development of the first industrial Cobalt 60 irradiator in North America used for the sterilization of medical devices.

John founded Isomedix Corporation 1972, which grew under his leadership for 25 years before being acquired by STERIS in 1997. John continued to share his knowledge and help grow STERIS’s industrial sterilization offering by serving as an executive advisor to Company for the next 25 years.

John was passionate about the impact of contract sterilization on global patient safety and remained active in the industry in a variety of leadership roles for nearly 50 years, including chairman of the International Irradiation Association, serving on the Board of Directors of the Association for the Advancement of Medical Instrumentation (AAMI), and Co-Chairman of the International Standards Committee (ISO) that ultimately developed the worldwide standards for the radiation sterilization of medical products (accepted as ISO 11137). In 2003, John received the Kilmer Memorial Award for International Leadership in Advancing the Science and Practice of Radiation Sterilization.

Surviving John are his wife, Grace, and son, Christopher.

Please join us as we remember John and the impact he had on our industry and global patient safety. 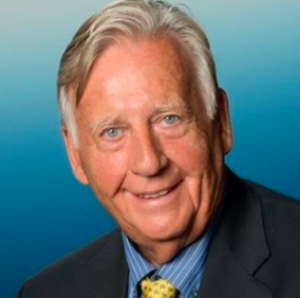